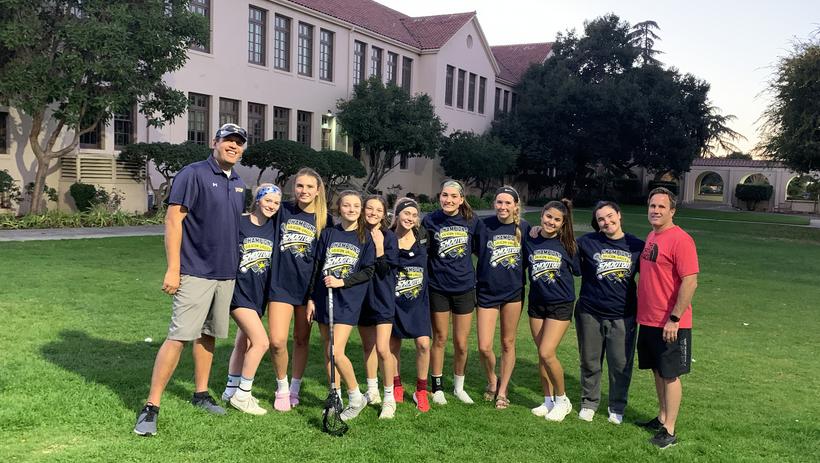 When I was a kid playing sports, the summer was for playing pickup games with your friends until it was dark. This allowed you as a player to try things without the fear of making a mistake, a coach upset over a failed move, or just communicating with your teammates. The days of these pickup games have long disappeared.

Two years ago, we made a shift to get away from the typical club tournament team to introduce our backyard style small sided games to focus more on the creativity side of lacrosse. We wanted to give the power back to the player to explore their lacrosse personality without the penalty or pressure of being on a tournament team.

This past summer we put this philosophy to the test with our summer league using our backyard style small sided games. We tracked several players throughout this process in which they played 42 games (8 minutes each) in a six-week span and they were able to touch the ball average of 600 times in a game situation over that span or roughly 15 times in a game. Being able to put the ball in play that many times in a game we noticed that players were getting more confident in their lacrosse skills and they started communicating with their teammates. This communication between players started to build this creativity and awareness during these games. They were building lacrosse IQ and didn’t even know it, that was the "aha" moment.

To confirm our research, we took those same players that we followed to a couple of club tournaments after the end of our summer league. We played 10 games in the span of those two tournaments and the average player touched the ball 34 times in that span or roughly 4 times a game.We found out the players got 10X less ball touches than our summer league. What we did see mass improvement the players made and it showed in our tournament results going 9-0-1 and winning both of them. That was with no practice just playing in the backyard style small sided games and showing up to the tournaments. We have spoken to several college coaches and players that have won multiply national collegiate championships and gold medals in international play. We have discussed our philosophy on small sided games and they all have agreed that small sided games are more beneficial to the player and their development. You can’t replicate the amount of touches a player gets in a small sided game then in a regular/tournament game.

GAIN THE POWER BACK AS A PLAYER

FOR OUR BACKYARD LEAGUE

Make your team or we will assign you on a team

Standings and Tournament Style Format
Self Referee and Self Goalie

*Our number one commitment is to provide a safe environment for our players and coaches to participate in lacrosse improvement. With the current situation of COVID-19 we have developed our own return to play policies with the help of CDC, the State, County, local officials, and US Lacrosse. US Lacrosse has developed a Five stage process that we will follow along with our guidelines.

We won't know the location until the fields are open